The mission of the Little Sisters of the Poor in Minnesota began in 1883 when Bishops Thomas Grace and John Ireland petitioned the motherhouse in France to send six Little Sisters to come to St. Paul to work to establish a home for the needy elderly.

Two buildings on Wilkin Street, formerly owned by the Sisters of the Good Shepherd, were purchased through the Cathedral Parish. The larger of the two buildings was originally the Baldwin School built in 1856.

Within months of their arrival the Little Sisters were caring for 20 Residents and supporting the Home by begging for contributions of food and clothing, sometimes travelling by horse and wagon for a day or a week at a time. Many of the Home’s Residents were immigrants who often arrived with no more that the clothes on their backs.

In 1889 a larger Home was needed to accommodate the increasing number of elderly poor. The original building was demolished to make way for a new Home to welcome 200 elderly. A second Home was established in Northeast Minneapolis in the late 1880’s. In 1977 the two Homes were consolidated and the current facility at 330 Exchange Street South was constructed to comply with the advancement in health care needs and regulations.

In the years after 1900, the work of the Little Sisters in Minnesota grew and the community was generous in its support. The Sisters went out on their rounds and received regular contributions from businesses and households. It is touching to note that during the Great Depression of the 1930’s the people of the Twin Cities never faltered in their generous support of the Little Sisters. According to the Sisters records, more beds were bought to accommodate the swelling numbers of poor and homeless and there were lines of poor and hungry who came to the door daily for a bowl of soup. The Little Sisters of the Poor have endured through many changes during the last century. From the small beginnings back in1883 right up to the present day, we have never wavered in our desire to humbly and joyfully live the charism of our foundress, Saint Jeanne Jugan, who said: “Never forget that the poor are Our Lord.” Very worthy of note are the numerous religious vocations to the Little Sisters from the Twin Cities, and, we are proud to be a part of its great history.

For more information about Saint Jeanne Jugan and the Little Sisters of the Poor, click here. 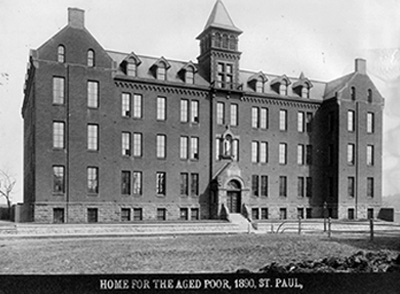 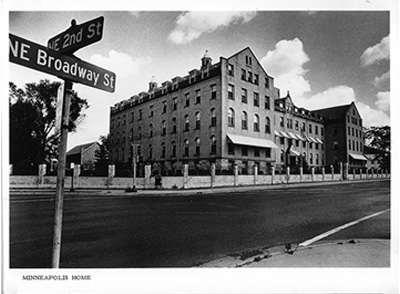 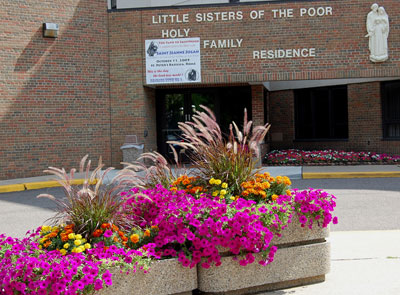 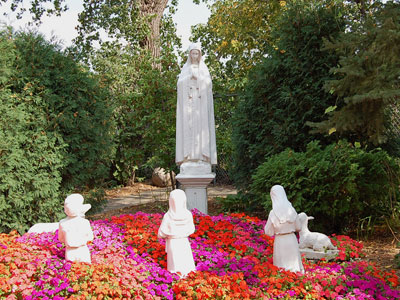